there is more to technology than you know

If you are a new windows user then you surely might have noticed the command prompt in your accessories. I have asked this question a million times, what is the use of Command Prompt. Actually you can do anything from it which you are able to do from other programs. It is same kind of program like the Terminal in Linux, No limits. 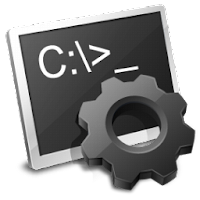 Microsoft windows has a clear image among the developers as the beginners operating system with the basic stuff and useless for professional web developers, programmers and hackers. I personally believe Windows is not such a bad operating system although i am a huge of the Linux kernel but i can’t resist using the dual boot environment for Windows 8 on my Computer.

The command prompt gives you an experience to work like your father must have worked in his early days. There were no graphics and working on computers was so boring because of the text interface or the DOS environment. The command prompt is an approach of Microsoft to give a small touch of the DOS in their successful GUI operating systems after all it was the DOS which gave Bill Gates the start he wished and made the initial contribution to the success of Microsoft.

The Command prompt is an interpreter of the Batch File programming Language which is a native programming environment offered by Microsoft in its operating systems. Batch programs are created using text editors like notepad, WordPad etc.

The MS Batch comprises of a sequence of built-in commands which are used to perform some often done tasks like deleting similar copies of a same file, creating system logs, clearing the crap on your hard disk and some inside evil uses.

A batch program is interpreted line by line by the CLI (Command line Interpreter) which is popularly known as the command prompt.

Now you might be thinking, what is the use of using batch when you have a number of tools available? The answer is quite simple, the simplicity and satisfaction of doing the job manually and the fun of playing because you can create any program to do anything by putting in just a few efforts, a small research and a lot of practice.

1. Interactive Mode- In this mode the program on executing asks the user for his input and further processes the command. To make this line clear let’s take an example of the simple delete command (Del). I will be providing a whole list of some most important and popularly used commands later on in this post.

Suppose i am writing a program to delete the entire file named “xyz” in a drive. So now when i will execute the program it will ask me whether i am sure to delete or not in the classic Y/N format. “If you are sure press Y”, and the program will proceed further on the basis of my input.

This program is a sample program whose output is explained above. The syntax might be difficult in understanding if you don’t know the whole format, all the commands and their functions. Don’t worry i will provide them all later in this post. For now let’s proceed with the second mode of batch programming which is known as….

2. The Batch Mode- It is just the opposite of the interactive mode here the program doesn’t care about the user’s input and performs all the functions on its own as all the jobs it has to are predefined while creating the program.

Here also we will take the example of deleting files named “xyz”. On executing the program unlike the previous case here we will not be asked whether sure or not it will just delete the files as it has been programmed to do so.

This sample program is for the batch mode where the user will not be asked anything. The job will be directly done (sounds like the old merciless kings, HANG HIM!)

In the above programs i have tried to delete the same files but by using the different switch although both will perform the same functions only the way it operates is different.

Ok that was all with a small introduction of the programming language; now let us see how to create a batch file which is not such a difficult task.

As i previously said a batch program is created using text editors so open any text editor of your choice, i prefer the simple notepad and the notepad++ for the simplicity.

Type the program, here is a small example of a “hello world” post which just displays the text on your screen

Now save the file but this time save it with the format “.bat”, here i am saving it with “firstprogram.bat”.

When you save a batch file the icon changes, the icon will appear something like a bicycle gear in box.

Now all you need to do is just double click the batch program you just created and it will start its job.

As i promised you earlier with all the basic trivia i will also provide you some commands of the batch file programming.

There are two types of commands in batch.

1. Internal commands- These commands are built in commands that are shipped with the operating system some examples of these types of commands are

echo , it is the simplest and the most popularly used command which is used to print text and numbers on the screen.

del– we have already discussed it, used for deleting files and folders

dir– one of the populars, it stands for directory

exit– The batch output and input screen or the command prompt can’t be closed with the Alt+F4 shortcut now wither you close it by taking your mouse to the red cross on the corner or type in “exit” and press enter.

2. External Commands- These types of commands are often created while installing a new application and these commands are mostly used for calling the application and its support files to run. These external commands are executed in the RUN dialog box which you can open by pressing the super key also known as the windows key and R or take the long way by going to the start and accessories.

pentnt Checks for Floating point error in Intel based
processors

qappsrv Displays the available application terminal servers
on the network.

rcp Copies files to and from computer running the RCP
service

recover Recovers readable information from a bad or
defective disk.

runas Allows a user to run specific tools and programs
with different permissions than the user’s current
logon provides.

services.msc Used for Managing all the services on the
computer.

sc Communicates with the service controller and
installed services.

tlntadmn Telnet Administration. Used to start, stop, and send
msg to a terminal session connected to via telnet.

tscon Attaches a user session to a terminal session.

tsdiscon Disconnects a session from a terminal server.

tskill Ends a process. Even can terminate a process
running on a remote session.

w32tm Tool used to diagnose problems occurring with
Windows Time. register to run as a service and add
default configuration to the registry

The working of these commands might vary on the basis of the version of your operating system.

To know more about batch programming wait for the next article in the series where we will discuss some more things about it. And if you liked this article and my hard work then don’t hesitate to share it on your favorite social networking sites or gives us your feedback by commenting below or by using our contact form.