there is more to technology than you know

You are here: Home / Featured / Some Things Every Indian Should Know About The IT Act 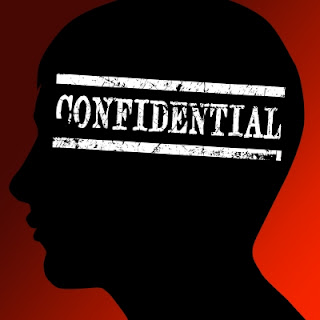 Come On, Tell me because I can file a Complaint against you under section 43 and section 66.Did you hack my computer?

Alright please don’t sue me, I am guilty

Many things we do are considered as a crime in the eyes of the law but for us they are just a joke. Many people have unknowingly committed many such crimes and are punished just because they took it as a joke.

I don’t want any loyal reader of Inside Tech Tricks to go to prison, so here I present you some things you need to know about Cyber law in our country India.

The IT Act was passed on 9 June in the year 2000 and came in effect from 17 October in the same year. Which was later on revised and renamed to The Information Technology Amendment Act (ITAA) 2008? This act discusses the legal aspects of Cyber world. Some of them are listed as-

The Act totally has 13 chapters and 90 sections The Act begins with the definitions and all other aspects which deal with the authentication of electronic records, digital signatures, electronic signatures etc.

The first section we are going to discuss is section 43.
Section 43 deals with all kind of computer damage issues, particularly dealing with data theft.

If any person without permission of the owner or any other person who is in charge of a computer, accesses or downloads, copies or extracts any data or introduces any computer contaminant Like virus or damages or disrupts any computer or denies access to a computer to an authorized user or Tampers etc…he shall be liable to pay damages to the person so affected.

In simple words, touching your friend’s computer without his permission is a crime in the eyes of the law not matter you take it as a joke.

So be careful next time. He might sue you.

These practices were generally considered only for IT companies but now it is a compulsory procedure of the banking and finance sectors as it is one of the most digitally vulnerable sectors in our country.

Next in this list comes Section 65 which discusses any kind of tampering with computer source codes which are required to be kept or maintained by the law.

Which simply means, tampering with any kind of computer source code which is either owned or managed the Govt.? Of India is a punishable act.

If you are found to be guilty in front of the Court of honor you can be charged with three years of imprisonment or you have to pay fine of two lakh rupees and if you are lucky, you can get both the punishments. Free

Use Your Digital Devices Properly

Next in this list we have section 66 which covers the same kind of actions as discussed in section 43, data theft without permission from the owner but in this this act the actions are specifically with criminal intention. Hacking is such example.

Section 66 discusses following offences which some under this section.

66A Sending offensive messages through communication service, causing annoyance etc. through an Electronic communication or sending an email to mislead or deceive the recipient about the origin of such messages (commonly known as IP or email spoofing) are all covered here. Punishment for these
Acts is imprisonment up to three years or fine.

66B dishonestly receiving stolen computer resource or communication device with punishment up to Three years or one lakh rupees as fine or both.

66D cheating by personation using computer resource or a communication device shall be punished With imprisonment of either description for a term which extend to three years and shall also be liable to Fine which may extend to one lakh rupee?

66E Privacy violation – Publishing or transmitting private area of any person without his or her consent Etc. Punishment is three years imprisonment or two lakh rupees fine or both.

66F Cyber terrorism – Intent to threaten the unity, integrity, security or sovereignty of the nation and Denying access to any person authorized to access the computer resource or attempting to penetrate or Access a computer resource without authorization. Acts of causing a computer contaminant (like virus Or Trojan horse or other spyware or malware) likely to cause death or injuries to persons or damage to Or destruction of property etc. comes under this Section. Punishment is life imprisonment.

Note: All the offences discussed above in section 66 are non bailable offences.

So let us now jump to section 67 of the IT Act. Section 67 deals with publishing, transmitting and ahring obscene material in electronic form. This includes child pornograhy and other such stuff.

The convict will be imprisoned for 3 to 5 years and has to pay 5 or 10 lakh rupees depending on the intensity of the action.

The last section which we are going to discuss in this post is section 69 which deals with the powers of the government with respect to civilian digital properties.

It empowers the Government or agencies to intercept, monitor or decrypt any information generated, transmitted, received or stored in any computer resource in the interest of sovereignty or integrity of India, defense of India, security of the State, friendly relations with foreign States or public order or for preventing incitement to the commission of any cognizable offence relating to above or for investigation of any offence.

The above post was just to make you aware about the Cyber Law in our country which is a much less discussed topic in the society.
If you found this post useful, then you can connect with me on Facebook, Twitter and Google+

Previous Post: [Giveaway] 20 Licenses Of Istonsoft PDF Converter [OVER]
Next Post: How I Made $1000 With Adsense In a Few Minutes